Ready for a better mousetrap?  Read on….. 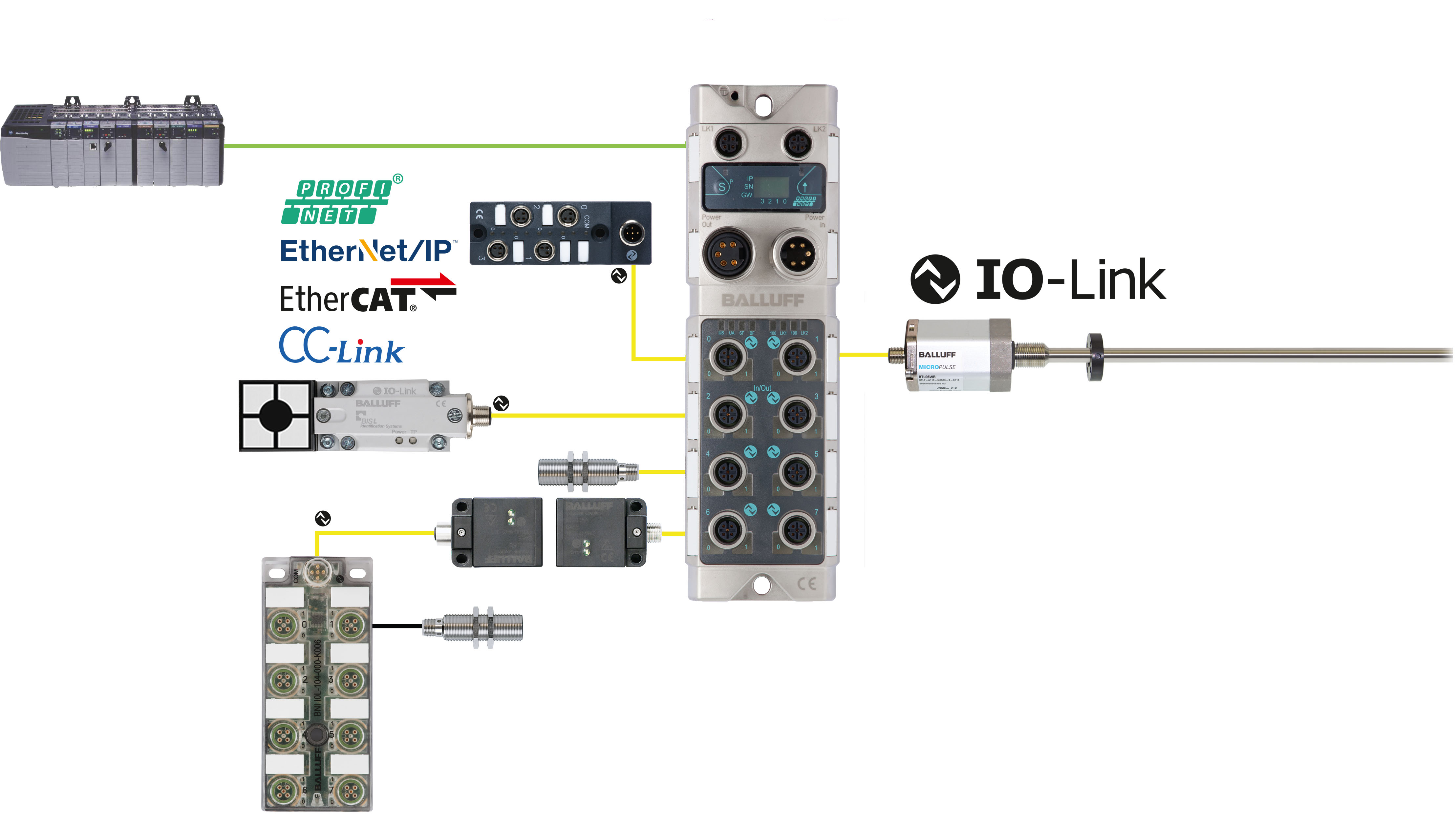 Some time ago here on Sensortech, we discussed considerations for choosing the right in-cylinder position feedback sensor.  In that article, we said:

And while that 70-80% analog figure is still not too far off, we’re starting to see those numbers decline, in favor a of newer, more capable interface for linear position feedback:  IO-Link.  Much has been written, here on Sensortech and elsewhere, about the advantages offered by IO-Link.  But until now, those advantages couldn’t necessarily be realized in the world of hydraulic cylinder position feedback.  That has all changed with the availability of in-cylinder, rod-style magnetostrictive linear position sensors.  Compared to more traditional analog interfaces, IO-Link offers some significant, tangible advantages for absolute position feedback in hydraulic cylinders.

First and foremost, the story of IO-Link is that it offers easy, simple connection of sensors and IO to nearly any industrial network.  You can read more about that here.

It’s worthwhile to point out that IO-Link linear position sensors are ideal for most positioning or position monitoring applications.  Just as with analog sensors though, they’re probably not suitable for high-performance closed-loop servohydraulic motion control applications.  In those applications, interfaces that are capable of providing super-fast, deterministic data, such Synchronous Serial Interface (SSI) or even Ethernet/IP are more suitable.

You can also learn more in this overview flyer.

When maintenance technicians replace linear position sensors (also known as probes or wands) from hydraulic cylinders, it can leave a terrible mess, waste hydraulic oils, and expose the individual to harmful hot fluids.  Also, the change out process can expose the hydraulic system to unwanted contaminants. After the sensor replacement has been completed, there can also be more work yet to do during the outage such as replacing fluids and air-bleeding cylinders.

Hydraulic linear position sensors with field-replaceable electronics/sensing elements eliminate these concerns.  Such sensors, so-called Rapid Replacement Module (RRM) sensors, allow the “guts” of the sensor to be replaced, while the stainless steel pressure tube remains in the cylinder.  The hydraulic seal is never compromised.  That means that during the replacement process there is no danger of oil spillage and no need for environmental containment procedures. There is also no need to bleed air from the hydraulic system and no danger of dirt or wood debris entering the open hydraulic port. Finally, there is no danger of repair personnel getting burned by hot oil.

The RRM is an option for Balluff’s BTL7 Z/B Rod Series used in applications for the lumber industry, plastic injection and blow molding, tire and rubber manufacturing, stamping presses, die casting, and all types of automated machinery where a continuous, absolute position signal is required.  Applications in industries such as Oil & Gas and Process Control are especially critical when it comes to downtime.  For these applications, this Rapid Replacement Module capability is especially advantageous.

You can learn more about linear position sensors with hazardous area approvals, by visting http://www.balluff.com/local/us/products/sensors/magnetostrictive-linear-position-sensors/

The video below shows a demonstration of the Rapid Replacement Module in action.

Our modern technological society owes a lot to the scientific work and inspiration of a 17th-century French mathematician and physicist, Blaise Pascal. Pascal was a pioneer in the fields of hydrostatics and hydrodynamics, which deal with the subject of fluid mechanics under pressure.

One of the most important physical principles he defined is known today as Pascal’s Law:

“A change in pressure at any point in an enclosed fluid at rest is transmitted undiminished to all points in the fluid.”

It is this characteristic of fluids held in containment that allows force applied to a fluid in one location to be delivered to another remote location. A well-known example would be the hydraulic brake system in a car. Mechanical pressure from the driver’s foot is transferred to the brake fluid through a master cylinder. This pressure is then instantly communicated to braking cylinders located at each wheel, causing them to apply mechanical force to press friction pads against a brake drum or rotor, thus slowing or stopping the vehicle.

In the industrial world, the compact yet incredible power of hydraulic cylinders is a constant source of awe and amazement. Through the magic of fluid power leverage via Pascal’s Law, hydraulic cylinders are capable of generating tremendous lifting forces to move massively heavy structures.

In order for such great force to be harnessed to do useful work, it must be kept fully under control. Force that is out of control is either useless or destructive. When it comes to controlling the movement of a powerful hydraulic cylinder, the piston/ram position must be continually monitored in near-real-time.

To get an idea of the power and control that is feasible with modern hydraulic cylinders and integrated cylinder position sensors, have a look at this amazing video from ALE Heavylift. The topside of a giant offshore oil platform was jacked up 131 ft (40 m) and then skidded horizontally a distance of 295 ft (90 m) to place it on top of its supports. Imagine the incredible synchronization of speed, position, and operational sequencing needed to safely lift and place such a massive structure.

In a previous Sensortech post entitled “Hydraulic Cylinder Position Feedback“, we discussed the basic concept of hydraulic cylinder position feedback.  In case you might have missed that post, here it is for an encore appearance.