The “most popular” annual lists don’t usually come out until the end of the year, but I think it is worth mentioning now three applications that have gained substantial momentum this year. With the Smart Factory concept being driven around the globe, RFID has emerged from the shadows and taken its place in the spotlight. The demand for a larger amount of data, more security, and increased visibility into the production process has launched RFID into a leading role when it comes to automation.

When considering RFID being utilized for access control, they think about readers located near doorways either outside the building or within the plant. While those readers operate much like the industrial readers, they typically cannot communicate over an industrial communication protocol like Ethernet/IP, Profinet, or IO-Link.  With an industrial access control reader one can limit access to HMIs, PLCs, and various control systems by verifying the user and allowing access to the appropriate controls.  This extra layer of security also ensures operator accountability by identifying the user.

Since RFID is capable of reading through cardboard and plastic, it is commonly used to verify the contents of a container. Tags are fixed to the critical items in the box, like a battery pack or bag of hardware, and passed through a reader to verify their presence. If, in this case, two tags are not read at the final station then the box can be opened and supplied with the missing part before it ships. This prevents an overload on aftersales support and ensures customers get what they ordered.

While RFID is still widely used to address Work in Process (WIP), asset tracking, and logistics applications, the number of alternative applications involving RFID has skyrocketed due to an increase in demand for actionable data.  Manufacturing organizations around the world have standardized on RFID as a solution in cases where accountability, reliability and quality are critical.

With the rapid evolution of manufacturing technology it’s pretty tough to keep up with the latest and greatest products designed to help automate the manufacturing process. The big “buzz” surrounding RFID about a decade or so ago was Wal-Mart declaring that their top one hundred vendors would be required to tag every single item with an RFID tag. Well, that never came to fruition. Around the same time there was a lot of talk about active RFID systems as a new technology for work in process. Well, that didn’t ever quite materialize either.

While the active systems certainly have made an impact on yard and container management applications, passive RFID still rules the roost in WIP. In essence, the main difference between passive and active RFID is active tags require a battery which helps 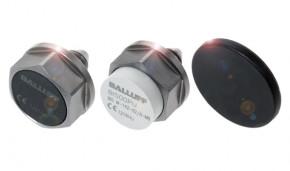 to yield a much larger read range. One can imagine the benefits of an extremely long read range in a shipping yard, but on a production line the engineers are just fine with mounting the read head within a few inches of the work pieces. Eighty to ninety percent of the new WIP applications that we deal with still require High Frequency (HF) technology.   The other ten to twenty percent are using Ultra-High Frequency (UHF) which is still passive technology, just a longer read range. This is usually the case where the actual item being built is very large and it is very difficult to place a HF reader within inches of the work piece.

Ultimately, using active RFID for work in process is similar to using a sledge hammer to put a nail in a wall. It is simply overkill. So, while automation technology is on a course of change, it is clear that some of the “old faithful” equipment is still adequately addressing the needs on the production line.

I have had countless conversations over the years regarding barcode vs RFID. Most of those discussions I explained that both technologies have their own unique set of features and benefits and it is rarely the case where they are competing. I still stand by that general argument except when it applies to Work In Process applications. Looking back over the last four to six years there is evidence of a major evolution from barcode to RFID in the production process.

I guess the next question is why is this happening? I am not sure I have the definite answer, but there are a couple consistent factors that tend to come up when we are installing RFID in place of barcode:

Automation – True automation means there are no manual processes. When an operator has to pull a trigger on a barcode scanner the scan is not automated. Even with fixed barcode readers the barcode will sometimes need to be presented to the reader by an operator holding the part. With fixed RFID scanners the part is automatically scanned even without a direct line of sight and even in poor lighting conditions.

ROI – At first glance a barcode solution may seem to be more cost effective than RFID. However, things that need to be taken into account when going the barcode route are: specialized lighting, data management, longevity of the barcode in a harsh environment, etc. With RFID the tags can be read in complete darkness, the data can be managed locally, and the tags are built to survive harsh conditions. In addition, the cost of paper RFID labels has become manageable in the last couple years.

This is definitely something I will be keeping my eye on going forward. With a renewed focus on automation, identification technology will become more and more important as we move toward true automation.

My ol’ ball coaches used to say: “be ready for anything”, “we have to make changes on the fly”, “we can’t be one dimensional”.  They all could have summed it by saying: “you gotta be flexible”. They all had it exactly right and that has proved to be true in all arenas of competition. In sports or manufacturing, the team that is capable of being flexible is the team that gets the win in the long haul.

The cost to get an idea to market is a key factor in determining whether or not an organization can make its foray into the future.  In the manufacturing world the product isn’t the idea, but a tangible good. The cost tied to a product begins to accumulate in the idea stage and continues all the way through to building the product and transporting it to market.  Even after the product has reached the market there are costs associated with sales, support, etc.  All too often manufacturers are handcuffed to running one product per line…Or should I say, doing that efficiently?  RFID has enabled manufacturers and specifically process engineers to perform changes and make alterations in midstream while saving on cost and improving quality. At the same time, the technology creates open lines of communication between operators and personnel on multiple shifts.

END_OF_DOCUMENT_TOKEN_TO_BE_REPLACED

With the proliferation of UHF (ultra-high frequency) based RFID in the commercial and consumer markets, UHF has been seen as the mainstay now for many low-cost, long-range RFID applications. And in recent years with the desire for longer range application flexibility in the industrial sector, naturally users want to gravitate toward technologies and products with a proven track record. But can you really take the same products developed and used for the commercial and consumer logistics markets and apply them reliably to industrial applications like asset tracking, EKanban, general manufacturing or logistics?
END_OF_DOCUMENT_TOKEN_TO_BE_REPLACED