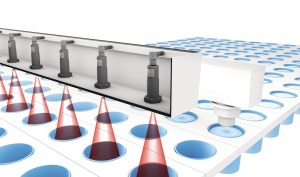 Three options come to mind for determining which contactless sensor to use when measuring objects at a distance: photoelectric sensors, ultrasonic sensors, and radar detection. Understanding the key differences among these types of technologies and how they work can help you decide which technology will work best for your application. 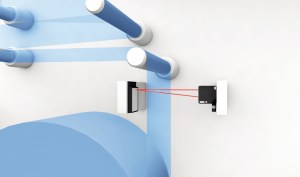 Along with three types of LEDs, are three models of photoelectric sensors: 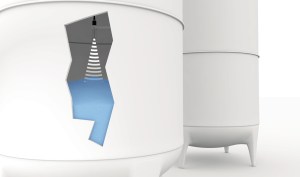 Radar is a system composed of a transmitter, a transmitting antenna, a receiving antenna, a receiver, and a processor. It works like a diffuse mode ultrasonic sensor. The transmitter sends out a wave, the wave echoes off an object, and the receiver receives the wave. Unlike a sound wave, the radar uses pulsed or continuous radio waves. These wavelengths are longer than infrared light and can determine the range, angle, and velocity of objects. radar also has a processor that determines the properties of the object.

Common applications for radar include speed and distance detection, aircraft detection, ship detection, spacecraft detection, and weather formations. Unlike ultrasonic sensors, radar can work in environments that contain foam, vapors, or dust. They can also be used in vacuums. Radio waves are a form of electromagnetic waves that do not require a transmission medium to travel. An application in which radar does not perform well is detecting dry powders and grains. These substances have low dielectric constants, which are usually non-conductive and have low amounts of moisture.

Choosing from an ultrasonic sensor, photoelectric sensor, or radar comes down to the technology being used. LEDs are great at detecting part presences and absence of various sizes. Sound waves are readily able to detect liquid levels, uneven surfaces, and part presence. Electromagnetic waves can be used in environments that include particles and other substances in the air. It also works in environments where air is not present at all. One technology is not better than the other; each has its strengths and its weaknesses. Where one cannot work, the others typically can.