Several types of sensors are used for discrete position detection, but one of the most common is high-pressure inductive proximity sensors, which are installed into the end caps of the cylinder. The sensors detect the piston as it reaches the end of the cylinder stroke in either direction.

These sensors are designed to withstand the full pressure of the hydraulic system. Inductive sensors are extremely reliable because they operate without any form of mechanical contact and are completely unaffected by changes in oil temperature or viscosity.

Discrete position sensors are used in applications such as hydraulic clamps, detection of open/closed position in welding operations, and in hydraulic compactors and balers for compacting materials until end of cylinder stroke is reached, at which point the cylinder retracts.

Additionally, it is quite common for pneumatically-actuated clamps and grippers to use discrete sensors to indicate fully extended and fully retracted positions, and in many cases, in-between positions as well. There are even applications where multiple discrete sensors are used in grippers for gauging and sizing work pieces.

By far, the most common method of providing discrete position in an air cylinder is to use externally-mounted switches that react to a magnet installed around the circumference of the piston. These magnetically-actuated switches can sense the field of a magnet embedded in the cylinder’s piston through the aluminum body of the cylinder.

There are several different operating principles used in these magnetically-actuated switches, ranging from simple, low-cost reed switches and Hall-effect switches to significantly more reliable sensors that use magnetoresistive technology. One of the big advantages of magnetoresistive sensors is that they will reliably detect both radial and axial magnetic fields, making them ideal replacements for reed or Hall-effect switches.

Check out our previous blog to learn more about continuous position sensors.

Roughly four sensing-related processes occur in a welding cell with regards to parts that are to be joined by MIG, TIG and resistance welding by specialized robotic /automated equipment:

Magnetoresistive (MR), and Giant Magnetoresistive (GMR) sensing technologies provide some very positive attributes in welding cell environments in that they provide exceptionally accurate switching points, have form factors that adapt to all popular “C” slot, “T” slot, band mount, tie rod, trapezoid and cylindrical pneumatic cylinder body shapes regardless of manufacturer. One model family combines two separate sensing elements tied to a common connector, eliminating one wire back to the host control. One or two separate cylinders can be controlled from one set if only one sensor is required for position sensing.

Unlike reed switches that are very inexpensive (up front purchase price; these generally come from cylinder manufacturers attached to their products) but are prone to premature failure.  Hall Effect switches are solid state, yet generally have their own set of weaknesses such as a tendency to drift over time and are generally not short circuit protected or reverse polarity protected, something to consider when a performance-oriented cylinder sensing device is desired.  VERY GOOD MR and GMR cylinder position sensors are guaranteed for lifetime performance, something of significance as well when unparalleled performance is expected in high production welding operations.

But!!!!! Yes, there is indeed a caveat in that aluminum bodied cylinders (they must be aluminum in order for its piston-attached magnet must permit magnetic gauss to pass through the non-ferrous cylinder body in order to be detected by the sensor to recognize position) are prone to weld hostility as well. And connection wires on ALL of these devices are prone to welding hostilities such as weld spatter (especially MIG or Resistance welding), heat, over flex, cable cuts made by sharp metal components and impact from direct parts impact. Some inexpensive, effective, off-the-shelf protective silicone cable cover tubing, self-fusing Weld Repel Wrap and silicone sheet material cut to fit particular protective needs go far in protecting all of these components and guarantees positive sensor performance, machine up-time and significantly reduces nuisance maintenance issues.

The simplest magnetic field sensor is the reed switch. This device consists of two flattened ferromagnetic nickel and iron reed elements, enclosed in a hermetically sealed glass tube. As an axially aligned magnet approaches, the reed elements attract the magnetic flux lines and draw together by magnetic force, thus completing an electrical circuit.

While there are a few advantages of this technology like low cost and high noise immunity, those can be outweighed by the numerous disadvantages. These switches can be slow, are prone to failure, and are sensitive to vibration. Additionally, they react only to axially magnetized magnets and require high magnet strength. 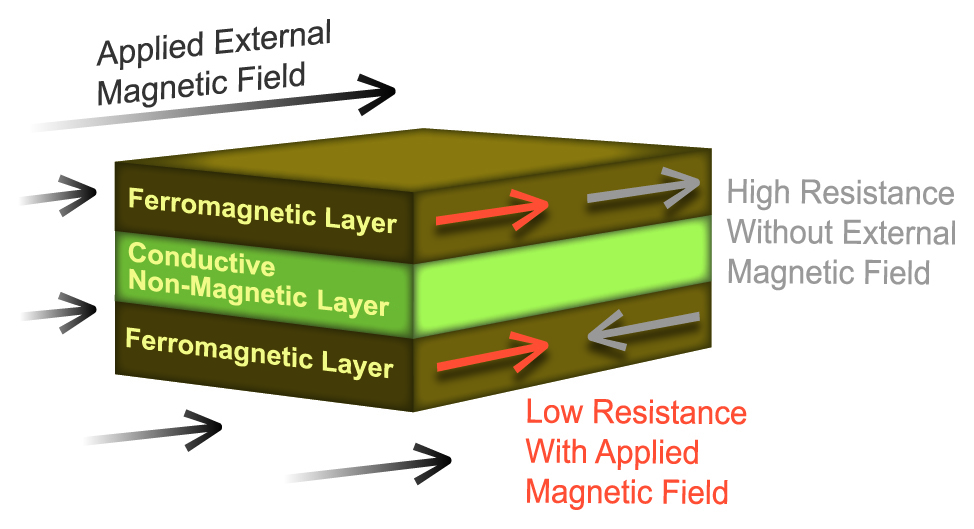 The latest magnetic field sensing technology is called giant magnetoresistive (GMR). Compared to Reed Switches GMR sensors have a more robust reaction to the presence of a magnetic field due to their high sensitivity, less physical chip material is required to construct a practical GMR magnetic field sensor, so GMR sensors can be packaged in much smaller housings for applications such as short stroke cylinders.

I received a call the other day from a customer who wanted to use a magnetic field sensor on a cylinder, and evidently was requiring very precise results. He asked, “what is the hysteresis of your sensors? I notice that it is listed in your catalog as a percentage and I need to know the exact value in millimeters.” My response was, “well it depends”,  upon which he was not overly pleased. I then continued to explain my answer which leads me to the contents of this posting.

END_OF_DOCUMENT_TOKEN_TO_BE_REPLACED

There are better alternatives to detect pneumatic cylinder end of stroke position than reed switches or proximity switches. By better, I mean they are faster and easier to implement into your control system. In addition, you can realize other benefits such as commonality of spare sensors and lower long-term costs. So what are the better solutions?