When standard capacitive sensors are used for liquid level detection in an indirect level detection application, the sensor must be adjusted to the point where it ignores the container wall but reliably detects the capacitance change caused by the changing liquid level. Typically, a standard capacitive sensor can be adjusted to disregard a wall thickness of approximately 4mm. In addition, the dielectric strength of the liquid must be higher than the container wall for reliable level detection.

Capacitive sensors detect any changes in their electrostatic sensing field. This includes not only the liquid itself, but also application-induced influences such as condensation, foaming, temporary or permanent material build-up. High viscosity fluids can cause extensive delays in the accurate point-level detection or cause complete failure due to the inability of a standard capacitive sensor to compensate for material adhering to the container walls.

A perfect capacitive sensor for non-invasive level detection applications would not require any user adjustment after the initial setup process. It would detect the true liquid level of any type of water-based liquid through any non-metallic type of tank wall while automatically compensating for material build-up, condensation, and foam. While ignoring these interferences, the sensors would still detect the relative change in capacitance caused by the liquid but use additional factors to evaluate the validity of the measurement taken before changing state.

These sensors would be fundamentally insensitive to any non-conductive material like plastic or glass up to 10mm thick, which would allow them to be utilized in non-invasive level applications. The enhanced capacitive sensors only limitation is it would require electrically conductive fluid materials with a dipole characteristic such as water to operate properly. This is a great concept but does a sensor like this exist today? The short answer is yes, and it is called Smart Level!

END_OF_DOCUMENT_TOKEN_TO_BE_REPLACED

Liquid measurement can be a demanding application therefore selecting the most effective sensor technology is imperative. Ultrasonic sensors are the ideal solution for distance measurement or position detection of granules, fluids and powders. They measure fill levels, heights and sag without making contact as well as count and monitor the presence of objects. They are extremely versatile, operate independently of color and surface finish, and are not affected by transparent objects that generate strong reflections. And because they are not affected by dust, dirt and steam, they are the ideal choice for critical applications.

Ultrasonic Sensors operate with propagation of sound waves providing a reliable detection source for level detection applications where liquid measurement monitoring is necessary. They will enhance the flexibility of the application with additional advantages of being a non-contact sensor so there are no mechanical floats or arms that can retain residual liquid build up. This residual material can cause machine application downtime as interruption of production is needed to maintain and clean the mechanical monitoring system. Because the distance to the object is determined via a sound transit time, ultrasonic sensors have excellent background suppression. With their transit time measurement, ultrasonic sensors can record the measured value with highly precise resolution (some sensors to even 0.025 mm). Ultrasonic Sensors can monitor
and detect nearly any liquid. 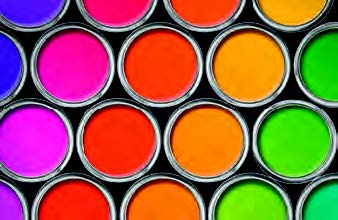 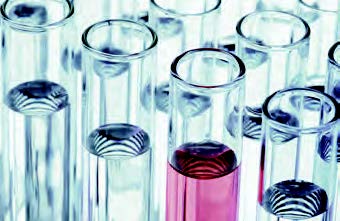 An ultrasonic sensor is not affected by the color, transparency or glossiness of a surface. They can reliably detect bulk materials, liquids and material surfaces. Good reflective materials include:

Additional advantages ultrasonic sensors provide when monitoring liquid is their ability to have two independent outputs programmed into one sensor. This is a great way to monitor upper and lower liquid levels with one sensor. This sensor feature allows one independent output setting to indicate a minimum level and the second output to indicate a maximum level concurrently providing constant feedback along with a voltage or current output.