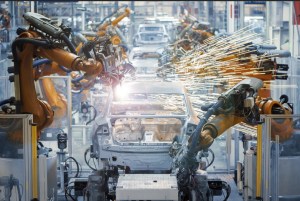 Industry automation not only has a positive effect on the improvement of production processes, it also significantly improves employee safety. New technologies can minimize the need for employees to work in dangerous situations by replacing them all together or by working cooperatively alongside them.

Overcoming fears of automation
Many workers fear technological progress due to the generally accepted view that robots will replace people in their workplaces. But their fears are conjecture. According to a study published in 2017 by scientists at the Universities of Oxford and Yale, AI experts predict a 50% chance of AI outperforming humans at all tasks within 45 years. But, instead of replacing all workers, there is a stronger chance AI will eliminate dangerous manual labor and evolve other roles. Following are a few examples.

Skillful design of automation systems
While factory automation eliminates some threats to workers, others often arise, creating the need for strict design plans prepared by specialists in this field. It is necessary to prepare the automation system in such a way that it not only ensures safety, it does so without reducing productivity or creating downtime which can cause the employee to bypass security systems. The systems blocking the working space of the machine should not interfere with the worker and the worker should not interfere with the system. Where possible, instead of a mechanical lock, an optical curtain at the feeding point should be used to stop the machine’s operation if a foreign object breaks the curtain’s beam of the light. Mechanical locks blocking access to the working space should be in places where it is not necessary to open the door frequently. 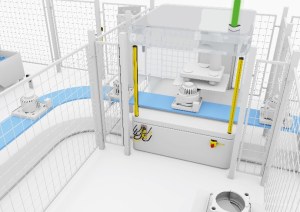 Successful human-machine collaboration
When designing automation systems in production companies, it is also necessary to remember that often a human is working alongside the robot. In palletizing systems, for example, a person is responsible for preparing the place for packing and cleaning the working area. For the work to go smoothly, it may be worth creating two positions next to each other. Mechanisms on the market today allow you to control the work of robots at a given position, assigning them to the workspace. Special security scanners prevent the robots from moving to positions where someone is working.