There are three types of pressure measurements, each with their advantages and disadvantages.

Absolute pressure (psia) is referenced to a perfect vacuum. This pressure measurement is always positive and is used in measuring barometric pressure or in altimeters.

Gauge pressure (psig) measurement is measured relative to ambient pressure. Examples of gauge pressure include blood pressure and intake manifold vacuum in an engine. Typically, these types of sensors have an atmospheric vent hole located somewhere in the housing. An advantage to this type of sensor is it can measure both positive and negative, thus it can be used in vacuum applications such as robots picking up glass or other products with suction cups.

In the past, pressure sensing was accomplished by mechanical switches that typically used Bourdon tubes, diaphragms or bellows. These devices caused a mechanical movement in the switch as the pressure increased or decreased. A course adjustment screw was used to set the desired set point to actuate the various controls. In addition to the switch, some sort of indication was needed so an analog gauge was also typically required. While these devices solved the control requirement, accuracy was not as reliable as the controls required or what was preferred. 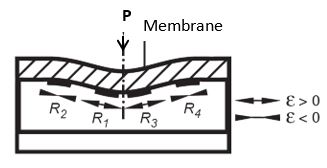 To convert pressure into an electrical output, several different technologies are used in electronic pressure sensors. The first type of strain gauge technology — Piezoresistive technology — is based on measuring the resistance of a deforming silicon semiconductor. A stainless steel housing protects the silicon chip as pressure is indirectly transferred to the membrane with a liquid that is usually silicon oil. This type of measurement is most often used in high dynamic pressures. 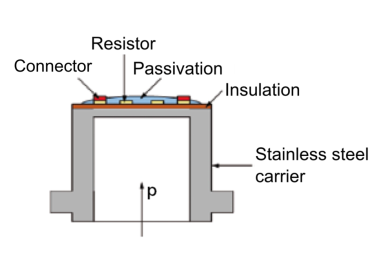 Thin film technology utilizes a stainless steel carrier. The resistors and other circuitry are placed on the membrane, and measurement is based on the strain gauge technology. The advantage of the thin stainless steel film is its ability to withstand high peak pressures and burst pressures. 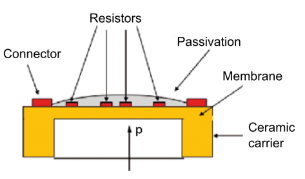 In capacitive measuring cells, one electrode is fitted to an elastic membrane and the other electrode is on the support or housing surface on the opposite side. This forms a capacitor in which one electrode follows the movement of the membrane. As the pressure increases or decreases the distance between the electrodes change causing a change in capacitance.

Today’s pressure sensors incorporate both the switching functions and the display of the current pressure. Since these devices are electronic, there are a multitude of output functions available as opposed to the simple on-off functionality of the mechanical pressure switch. These include multiple discrete PNP or NPN outputs from one sensor with multiple functionalities. In many cases a sensor will provide a single discrete output plus a continuous analog output proportional to the pressure value. The discrete output can provide an alarm function while the analog output provides a dynamic value of the process. 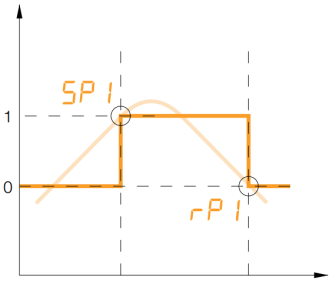 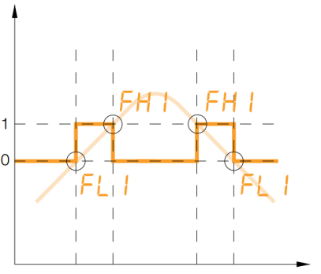 In some applications it is desirable to know if the pressure is within operating range for machine functions to continue. The output or outputs can be programmed with a window function. The output will be active as long as the measured values fall between the defined low pressure and the defined upper pressure.

Pressure spikes can cause problems not only with the mechanics of the system but with the logic of electrical controls including outputs changing states quickly or chattering. The electronic sensors offered today include the ability to delay the switching outputs of the sensor. Typically, the delays are programmable up to 50 seconds. 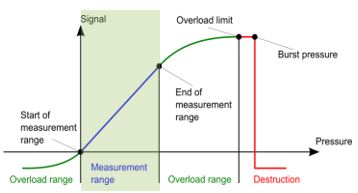 Pressure is usually measured in PSI or bar with one bar of pressure being equal to 14.5 PSI. When applying pressure sensors various pressures should be taken into consideration. First is the nominal operating pressure of the system. The pressure sensor applied to the system should in the 50 – 60% maximum rating of the sensor as this will provide a safety margin.

Today’s display is multifunctional as not only does it display dynamic values but it is also used for programming or configuring the sensor. Included on the display is the pressure, parameters, parameter values, scaling of the device, and output(s) status. Also included are programming keys and, in some cases, keypad lock out functionality. 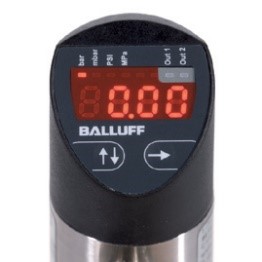 The true epitome of a pressure sensor is one that can have all of capabilities I’ve mentioned as well as the ability to provide additional functionality and parameterization. Pressure sensors that connect to networks such as IO-Link can optimize processes allowing process monitoring, configuration and error analysis to take place through the system controller. Digital transmission of analog values ensures high signal quality over longer distances and signal delays and distortions are eliminated.

Networkable sensors, such as IO-Link, reduce downtimes and possible configuration errors with plug-and-play functionality. Maximum system flexibility can be achieved during operation as parameters can be modified quickly and remotely. In addition, process diagnostics, data, and errors are reported directly to the controller and displayed on man-machine interfaces.

Pressure sensors have come a long way from the multiple mechanical based components used in the past in both functionality and capabilities.