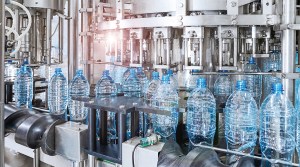 Capacitive sensors are commonly used in level detection applications. Specific capacitive sensors can supply better solutions than others depending on the type of media you may be detecting and if the sensor will be in direct contact with that media. Keep reading to decide which type works best for different application solutions.

Selecting the correct capacitive sensor for these applications is important. While you don’t have to risk contaminating the sensor face (and getting a false read) in non-contact applications, you need to keep in mind other factors that can cause a sensor to false trip. One thing that is important to keep in mind with externally mounted capacitive sensors is that viscous materials can still leave a layer of residue on the inside walls of tanks or basins. While the sensor face is not covered, if you select the wrong type of sensor this build up on the wall can cause a false reading (such as reading as reading the tank as full when it is actually half-empty).

Another thing to keep in mind when selecting the correct capacitive sensor for a non-contact application is foam. In applications such as bottling beer in glass bottles, most standard capacitive sensors will detect presence once that layer of foam reaches the sensor face. While the foam may be at the sensor face, the bottle could still be only half way full of actual liquid. Making sure you select a sensor that can account for things like foam is something to keep in mind as well. 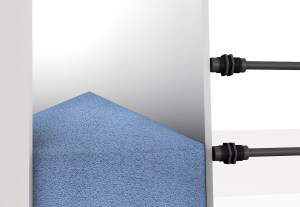 In certain applications, the capacitive sensor will only be able to detect the fill level of a container, pipe, or tank if it is in direct contact with the media it’s trying to sense.

For various reasons, a sensor must be in direct contact with a media like oil, paint, powder, or paste. You may need to place a sensor directly in a tank because the tank is made of metal, or possibly because the walls of the tank are too thick for a capacitive sensor to sense through. Direct contact applications can be difficult to find solutions for if you are not aware of what capacitive sensors are capable of.

There is a way to fix issues such as false tripping in sticky substances.

For instance, if you stick a capacitive sensor inside a tank of oil to monitor the fill level, the sensor face will get covered in the oil. As the level in the tank drops below the sensor face, that oil will remain on the face. So, even if the tank is empty, the sensor will always detect something. With specialized capacitive sensors that ignore build-up, adhesive or viscous media that typically influence detection is no longer a concern.

Another use for capacitive sensors that allow for direct media contact is for leak detection. If a tank, pipe, or tub is known to leak, there are capacitive sensors that can be mounted to the ground in the area that puddles form. In some instances you know a machine could potentially leak, and puddles form in an area you can’t regularly see, which is where these sensors are perfect for application. Depending on the situation, some of these sensors can be mounted a couple millimeters to an inch off the ground waiting for a leak. As a puddle forms and reaches the sensor’s switching range, maintenance can be alerted of the issue and work to fix it. 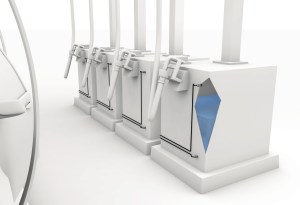 Another application for a capacitive sensor with direct media contact capabilities is within the automotive industry. Inside the painting process of an assembly plant, for example, you must be able to monitor the fill levels of the e-coat, the primer, the base coat, and the clear-coat paint tanks. Without a sensor to determine the fill levels, the time and energy and dollars it can cost the workforce to manually check the fill levels can be high.. Luckily, these contact-capacitive sensors can monitor viscous media like paint, reducing the time and costs associated with manual level-checking. 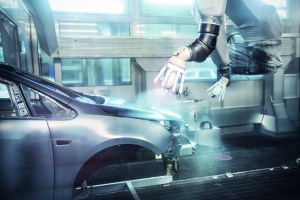 While non-contact and contact capacitive sensors perform the similar functions, they are used in different applications. Some applications allow a sensor to sit outside a container or tank and detect through the walls, while others require direct contact. Now that you understand the differences and their strong points of application, you can determine which sensor is best for you.