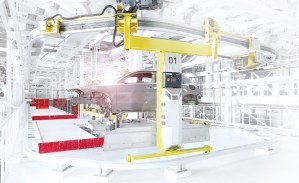 About 18 months ago, one of the major automotive companies came to the Indicon Conference looking for a way to decrease mistakes on the assembly line. They found a solution in a concept named the Error Proofing Platform Station (EPP).

The EEP works by using a bar code reader, in this case a scanner, to verify that the correct parts are being used in the assembly process. The scanner connects to an RS232-to-digital-converter module, and from there to an IO-Link networking block which enables two-way communication of information with the PLC. IO-Link blocks can connect hundreds of devices, versus traditional blocks that can only connect eight to sixteen devices. This greatly simplifies the hardware, cabling and installation costs.

The overall design of this EPP station grabbed the automotive company’s attention for several reasons.  It is effective both in its simplicity as well as the small footprint that it takes up. The design of the components allows it to sit on the plant floor instead of having to be installed in a cabinet like previous designs. They especially liked the wiring design where a single cable goes from the IO-Link block at is managed by a single IP address back to the PLC. Should one of the devices fail, you simply replace a single cable or device and move on. 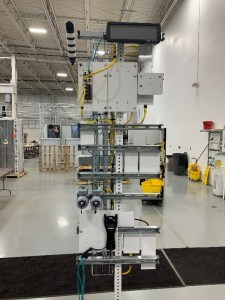 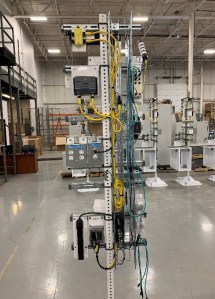 The old days of unwinding the cables and spending hours trying to decipher which cable goes to which device are gone.

The current roll-out has been at four separate plants with plans for 10 more in the next four years. Expansion of this innovation is being targeted toward the other major manufacturers.