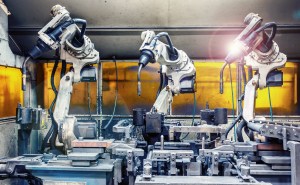 The International Federation of Robotics (IFR) defines five types of fixed industrial robots: Cartesian/Gantry, SCARA, Articulated, Parallel/Delta and Cylindrical (mobile robots are not included in the “fixed” robot category). These types are generally classified by their mechanical structure, which dictates the ways they can move.

These five common types of robots have emerged to address different applications, though there is now some overlap in the applications they serve. And range of industries where they are used is now very wide. The IFR’s 2021 report ranks electronics/electrical, automotive, metal & machinery, plastic and chemical products and food as the industries most commonly using fixed industrial robots. And the top applications identified in the report are material/parts handling and machine loading/unloading, welding, assembling, cleanrooms, dispensing/painting and processing/machining. 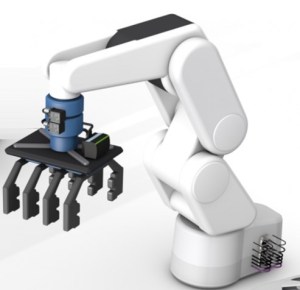 Articulated robots most closely resemble a human arm and have multiple rotary joints–the most common versions have six axes. These can be large, powerful robots, capable of moving heavy loads precisely at moderate speeds. Smaller versions are available for precise movement of lighter loads. These robots have the largest market share (≈60%) and are growing between 5–10% per year.

Articulated robots are used across many industries and applications. Automotive has the biggest user base, but they are also used in other industries such as packaging, metalworking, plastics and electronics. Applications include material & parts handling (including machine loading & unloading, picking & placing and palletizing), assembling (ranging from small to large parts), welding, painting, and processing (machining, grinding, polishing). 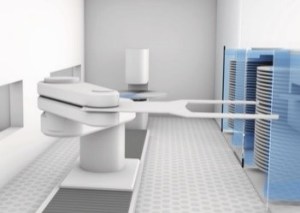 SCARA robots are most often applied in the Life Sciences, Semiconductor and Electronics industries. They are used in applications requiring high speed and high accuracy such as assembling, handling or picking & placing of lightweight parts, but also in 3D printing and dispensing. 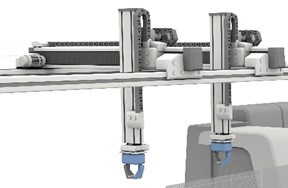 Cartesian robots, also known as gantry or linear robots, move along multiple linear axes. Since these axes are very rigid, they can precisely move heavy payloads, though this also means they require a lot of space. They have about 15% market share and a 5-10% per year growth rate. 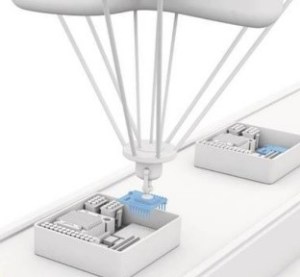 Delta robots (also known as parallel robots) are lightweight, high-speed robots, usually for fast handling of small and lightweight products or parts. They have a unique configuration with three or four lightweight arms arranged in parallelograms. These robots have 5% market share and a 3–5% growth rate. 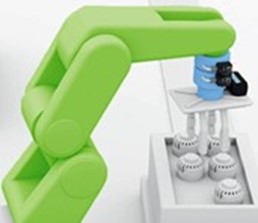 We add the term “Power & Force Limiting” to our Collaborative robot category because the standards actually define four collaborative robot application modes, and we want to focus on this, the most well-known mode. Click here to read a blog on the different collaborative modes. Power & Force Limiting robots include models from Universal Robots, the FANUC CR green robots and the YuMi from ABB. Collaborative robots have become popular due to their ease of use, flexibility and “built-in” safety and ability to be used in close proximity to humans. They are most often an articulated robot with special features to limit power and force exerted by the axes to allow close, safe operation near humans or other machines. Larger, faster and stronger robots can also be used in collaborative applications with the addition of safety sensors and special programming.

Power & Force Limiting Collaborative robots have about 5% market share and sales are growing rapidly at 20%+ per year. They are a big success with small and mid-size enterprises, but also with more traditional robot users in a very broad range of industries including automotive and electronics. Typical applications include machine loading/unloading, assembling, handling, dispensing, picking & placing, palletizing, and welding.

The robot market is one of the most rapidly growing segments of the industrial automation industry. The need for more automation and robots is driven by factors such as supply chain issues, changing workforce, cost pressures, digitalization and mass customization (highly flexible manufacturing). A broad range of robot types, capabilities and price points have emerged to address these factors and satisfy the needs of applications and industries ranging from automotive to food & beverage to life sciences.

Note: Market share and growth rate estimates in this blog are based on public data published by the International Federation of Robotics, Loup Ventures, NIST and Interact Analysis.