Industrial sensor technology revolutionized how part placement and object detection are performed in metal forming applications. Inductive proximity sensors came into standard use in the industry in the 1960s as the first non-contact sensor that could detect ferrous and nonferrous metals. Photoelectric sensors detect objects at greater distances. Used together in a stamping environment, these sensors can decrease the possibility of missing material or incorrect placement that can result in a die crash and expensive downtime. 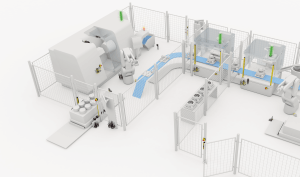 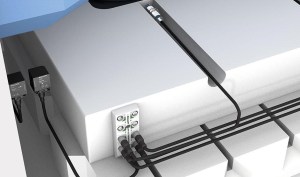 In addition, installing barrel-style proximity sensors so that their sensing face is flush with the die structure will confirm the creation of the proper shape. The sensors in place at the correct angles within the die will trigger when the die presses the sheet metal into place. The information these sensors gather within the press effectively make the process visible to operators. Inductive sensors can also detect the direction of scrap material as it is being removed and the movement of finished products.

Photoelectric sensors in metal forming have two main functions. The first function is part presence, such as confirming that only a single sheet of metal loads into the die, also known as double-blank detection. Doing this requires placing a distance-sensing photoelectric sensor at the entry-way to the die. By measuring the distance to the sheet metal, the sensor can detect the accidental entry of two or more sheets in the press. Running the press with multiple metal sheets can damage the die form and the sensors installed in the die, resulting in expensive downtime while repairing or replacing the damaged parts.

The second typical function of photoelectric sensors verifies the movement of the part out of the press. A photoelectric light grid in place just outside the exit of the press can confirm the movement of material out before the next sheet enters into the press. Additionally, an optical window in place where parts move out will count the parts as they drop into a dunnage bin. These automated verification steps help ensure that stamping processes can move at high speeds with high accuracy.

These examples offer a brief overview of the sensors you mostly commonly find in use in a die press. The exact sensors are specific to the presses and the processes in use by different manufacturers, and the technology the stamping industry uses is constantly changing as it advances. So, as with all industrial automation, selecting the most suitable sensor comes down to the requirements of the individual application.