Photoelectric sensors vary in their operating principles and can be used in a variety of ways, depending on the application. They can be used to detect whether an object is present, determine its position, measure level, and more. With so many types, it can be hard to narrow down the right sensor for your application while accounting for any environmental conditions. Below will give a brief overview of the different operating principles used in photoelectric sensors and where they can be best used.

Diffuse sensors are the most basic type of photoelectric sensor as they only require the sensor and the object being detected. The sensor has a built-in emitter and receiver, so as light is sent out from the emitter and reaches an object, the light will then bounce off the object and enter the receiver. This sends a discrete signal that an object is within the sensing range. Due to the reflectivity being target-dependent, diffuse sensors have the shortest range of the three main discrete operating principles. Background suppression sensors work under the same principle but can be taught to ignore objects in the background using triangulation to ensure any light beyond a certain angle does not trigger an output. While diffuse sensors can be affected by the color of the target object,  the use of a background suppression sensor can limit the effect color has on reliability. Foreground suppression sensors work in the same manner as background suppression but will ignore anything in the foreground of the taught distance. 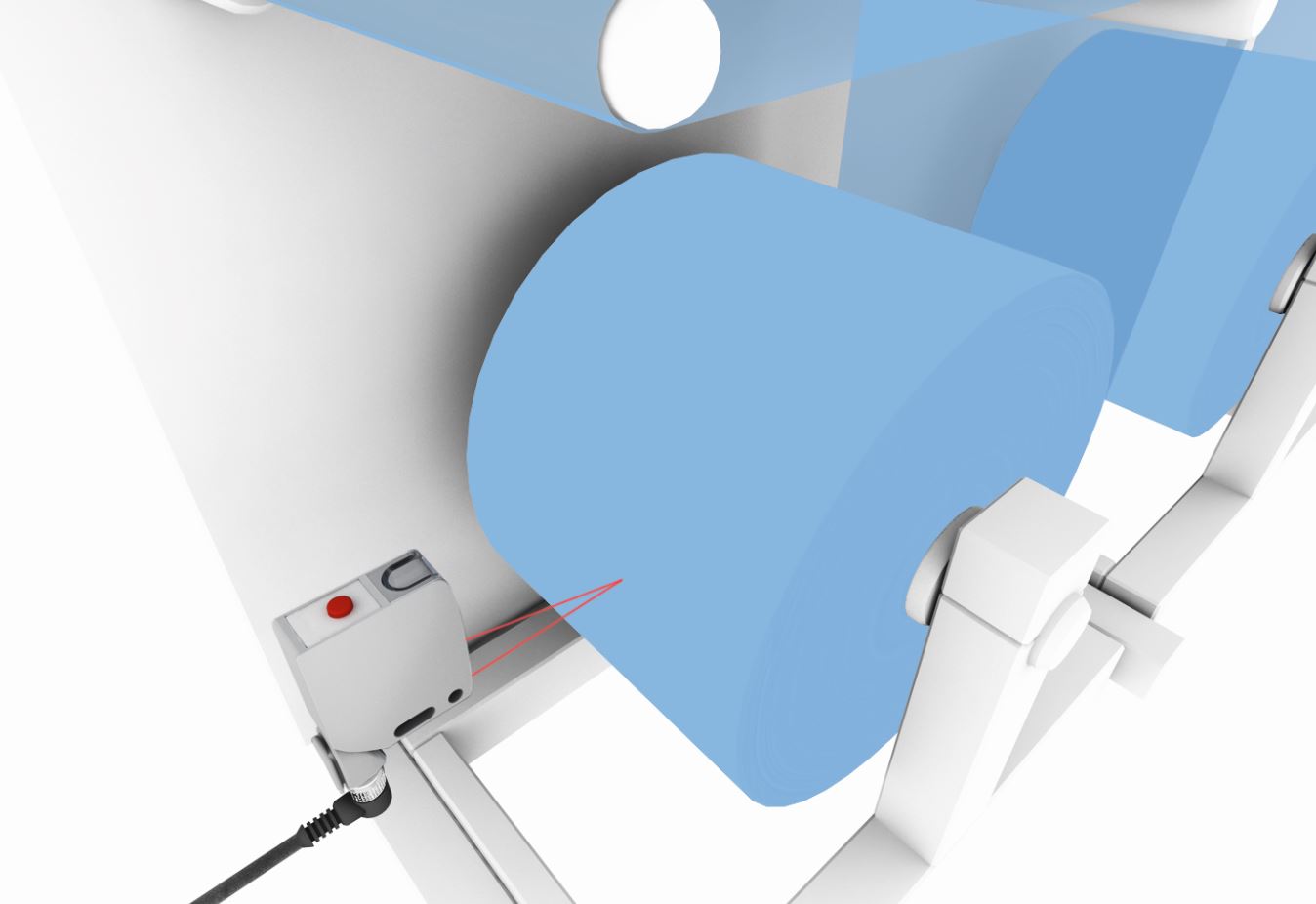 Retro-reflective sensors also have the emitter and receiver in a single housing but require a reflector or reflective tape be mounted opposite the sensor for it to be triggered by the received light. As an object passes in front of the reflector, the sensor no longer receives the light back, thus triggering an output. Due to the nature of the reflector, these sensors can operate over much larger distances than a diffuse sensor. These sensors come with non-polarized or polarizing filters. The polarizing filter allows for the sensor to detect shiny objects and not see it as a reflector and prevents any stray ambient light from triggering the sensor. 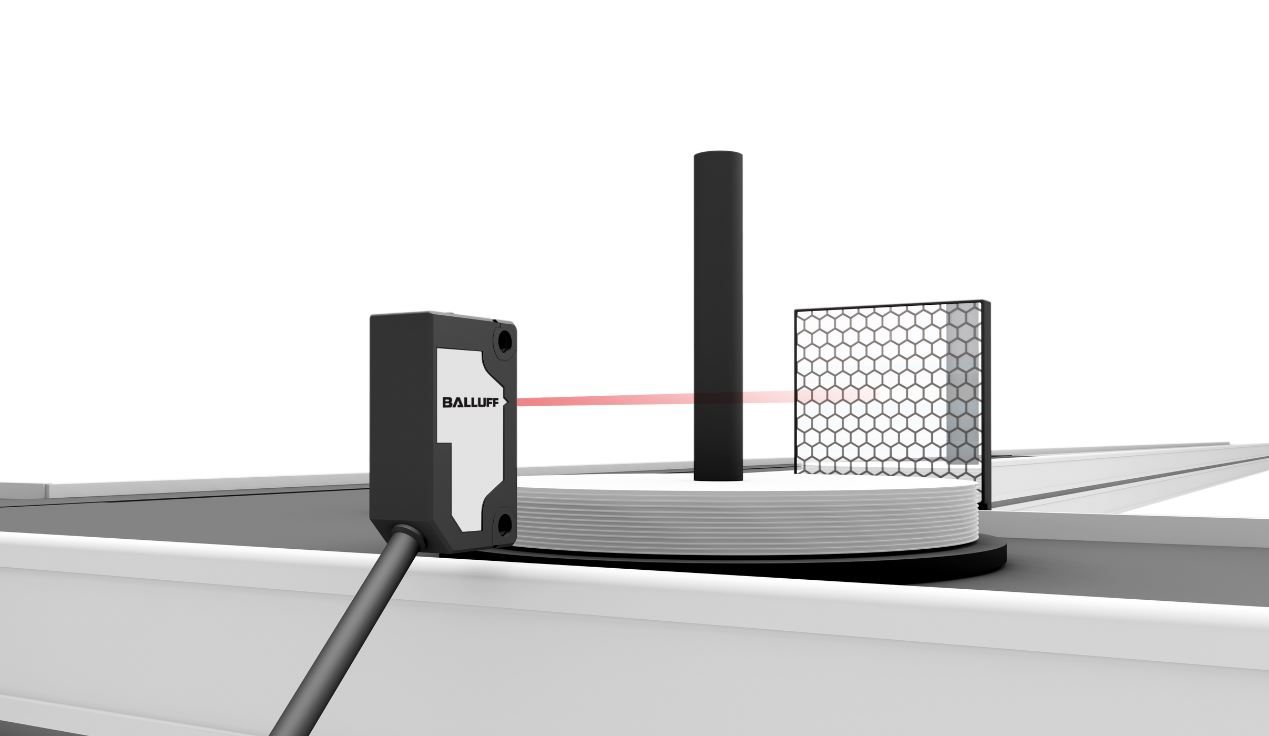 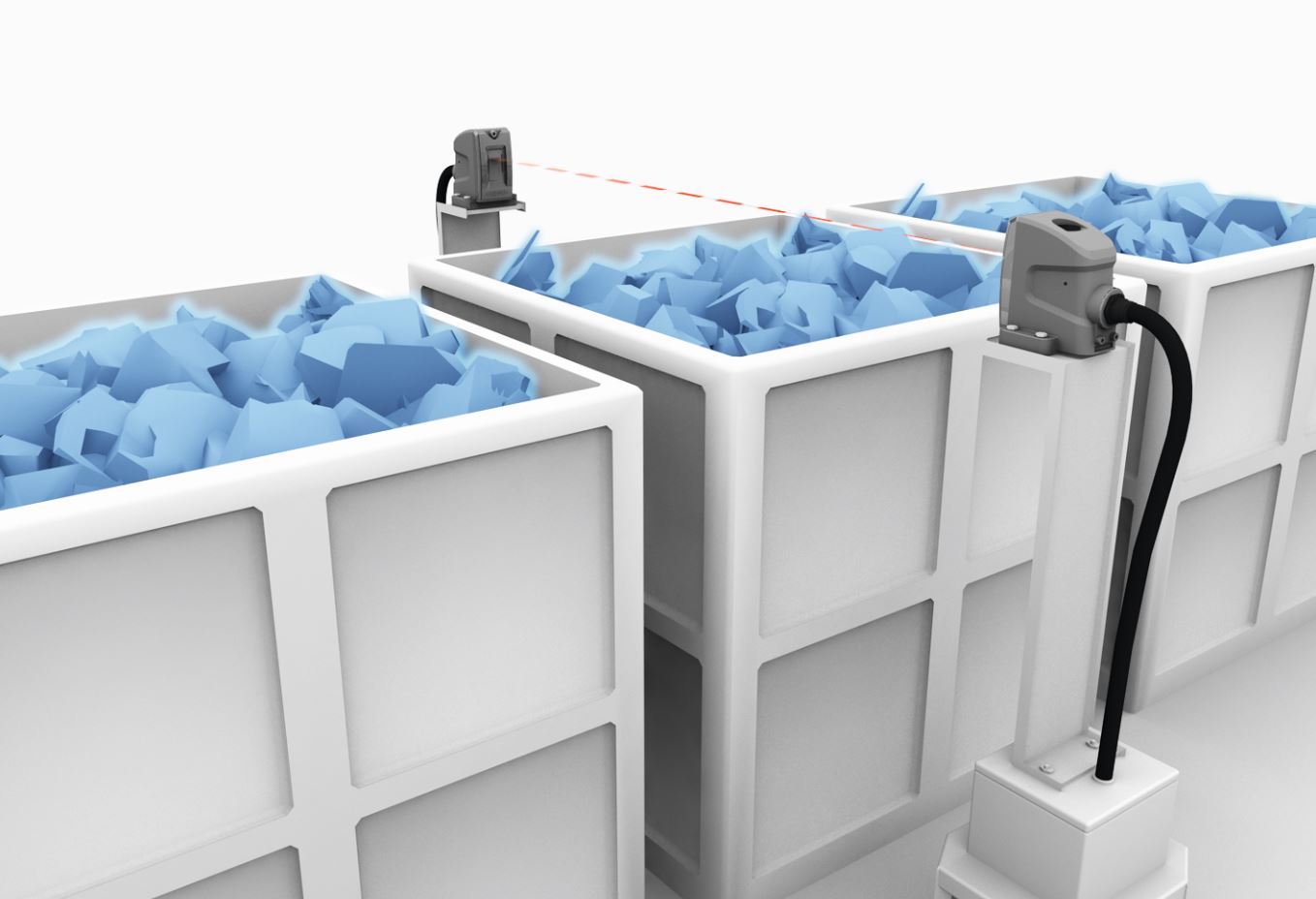 The previous three types of photoelectric sensors give discrete outputs stating whether an object is present or not. With photoelectric distance sensors, you can get a continuous readout on the position of the object being measured. There are two main ways the distance of the object is measured, time of flight, which calculates how long it takes the light to return to the receiver, and triangulation, which uses the angle of the incoming reflected light to determine distance. Triangulation is the more accurate option, but time of flight can be more cost-effective while still providing good accuracy.

With each operating principle, there are three light types used in photoelectric sensors: red light, laser red light, and infrared. Depending on the environmental conditions and application, certain light types will fare better than others. Red light is the standard light type and can be used in most applications. Laser red light is used for more precise detection as it has a smaller light spot. Infrared is used in lower-visibility environments as it can pass through more dirt and dust than the other two types. Although infrared can work better in these dirtier environments, photoelectric sensors should mainly be used where build-up is less likely. Mounting should also be considered as these sensors are usually not as heavy duty as some proximity switches and break/fail more easily.

As you can see, photoelectric sensors have many different methods of operation and flexibility with light type to help in a wide range of applications. When considering using these sensors, it is important to account for the environmental conditions surrounding the sensor, as well as mounting restrictions/positioning, when choosing which is right for your application.

One Reply to “Photoelectric Methods of Operation”