A common request from many engineers I talk to is the need for a “faster” RFID read/write system.  Usually, this is due to the fact they are increasing their overall line speed and decreasing the amount of time that a work in process item dwells in one station.  This is a good thing.  We all want to make more widgets faster. However, in addition to increasing the number of widgets that come off the production line and the rate at which they come off, the demand for quality has increased significantly. This is also a good thing. This certainly leads to a win-win between the manufacturer and the consumer. As the demand for quality increases so does the amount of data. Statistical process control, lineage data, build data, etc. are represented by large amounts of data. So the tag has to have enough memory and the reader has to have enough speed to keep up with the process. The amount of data transferred over a period of time is called throughput.

In RFID readers/writers, throughput is usually represented as bytes or kilobytes of data per second or milliseconds. The read/write speeds of all RFID systems are related to the amount of data being read or written to the tag. So, if high throughput is a requirement, a feature to look for in the reader/writer is the buffer size. I don’t want to get too deep into the technical weeds of data transfer, bit rates, baud rates, etc. so I will explain it from a marketing guy’s perspective. Think of an RFID system as a data delivery system. In this delivery system an imaginary tractor-trailer is what delivers the data from the reader to the tag and the tag to the reader. The trailer represents the aforementioned buffer.  The trailer or buffer can hold a specified amount of data, 32Bytes, 64Bytes and so on. This is determined by the manufacturer of the system. 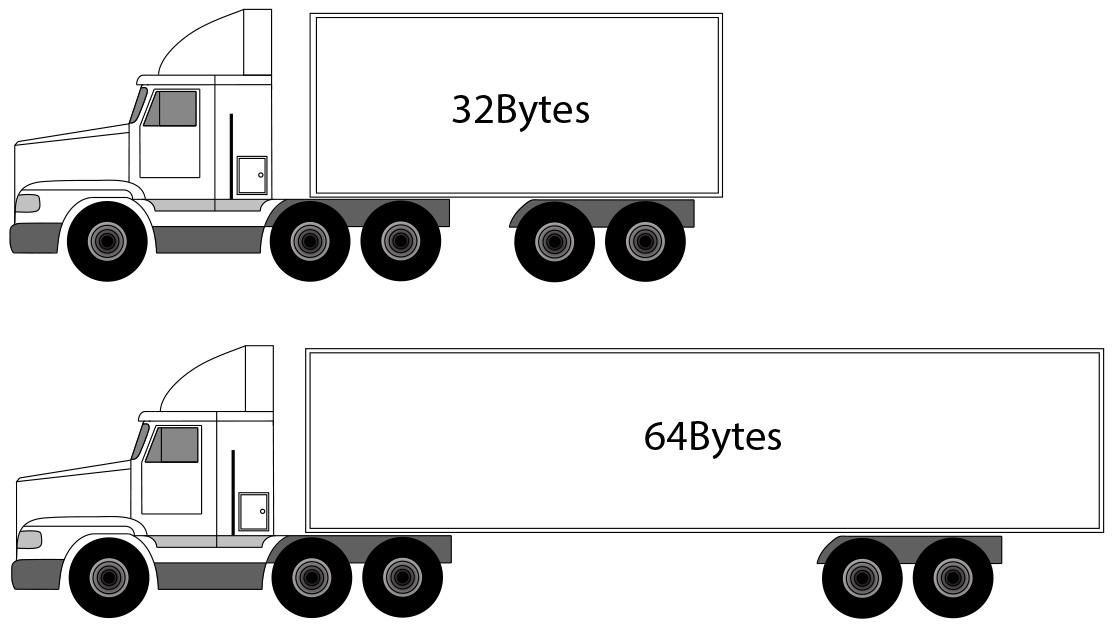 Therefore, there may be two systems that operate at the same speed, but have a totally different throughput.  Back to the tractor-trailer example, there can be two semi’s going down the road at the same speed but one has a trailer that is half the size of the other and can only carry half as much product(data in this case). So in order to transfer the same amount of data, the half-size trailer has to make two trips (cycles) whereas the larger trailer makes only one. In a case where the amount of data that needs to be transferred is multiple thousands of bytes or kilobytes, that buffer size becomes more important because the more cycles or trips that have to be completed the slower the transfer.

Ultimately, speed is a relative term in the world of moving data from one point to another. In order to future-proof your production line, look a little deeper into the features of the system to make sure you’re investing in technology that is not only fast, but fast and moves a lot of data.