If someone says proximity sensor, what is the first thing that comes to mind?  My guess is inductive and justly so because they are the most used sensor in automation today.  There are other sensing technologies that use the term proximity in describing the sensing mode.  These include diffuse or proximity photo electric sensors that use the reflectivity of the object to change states and proximity mode of ultrasonic sensors that use high frequency sound waves to detect objects.  All of these sensors detect objects that are in close proximity of the sensor without making physical contact.

One of the most overlooked or forgotten proximity sensors on the market today is the capacitive sensor.  Why?  Perhaps it is because they have a bad reputation from when they were released years ago as they were more susceptible to noise than most sensors.  I recently heard someone say that they don’t discuss capacitive sensors with their customers because they had this bad experience almost 10 years ago, however, with the advancements of technology this is no longer the case.

Capacitive sensors are versatile in solving numerous applications.  These sensors can be used to detect objects such as glass, wood, and paper, plastic, ceramic, the list goes on and on.  The capacitive sensors used to detect objects are easily identified by the flush mounting or shielded face of the sensor.  Shielding causes the electrostatic field to be short conical shaped much like the shielded version of the inductive proximity sensor. 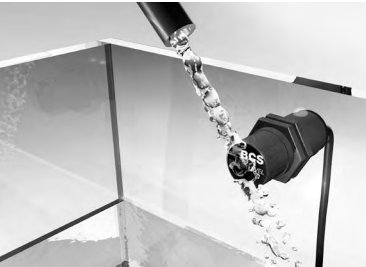 With improvements in capacitive technology sensors have been designed that can compensate for foaming, material build-up and filming of water based highly conductive liquids.  Since these capacitive sensors are based on the conductivity of liquids they can reliably actuate when sensing aggressive acids such as hydrochloric, sulfuric and hydrofluoric acids.  In addition, these sensors can detect liquids through glass or plastic walls up to 10mm thick are not affected by moisture and require little or no cleaning these applications.

Just remember, there is one more proximity sensor…the capacitive one!

One Reply to “The Often Overlooked Proximity Sensor”