In liquid level sensing applications, capacitive sensors can be mounted directly in contact with the medium or indirectly with no contact to the medium.

Containers made of metal or very thick non-metallic tank walls (more than 1″) typically require mounting the sensor in direct contact with the medium (Fig. 1). In some instances, a by-pass tube or a sights glass is used, and the senor detects the level through the wall of the non-metallic tube (Fig. 2).

The direct mounting method could simplify sensor selection and setup since the sensor only has to sense the medium or target material properties. Nonetheless, this approach imposes certain drawbacks, such as costs for mounting and sealing the sensor as well as the need to consider the material compatibility between the sensor and the medium. Corrosive acids, for example, might require a more expensive exotic housing material. 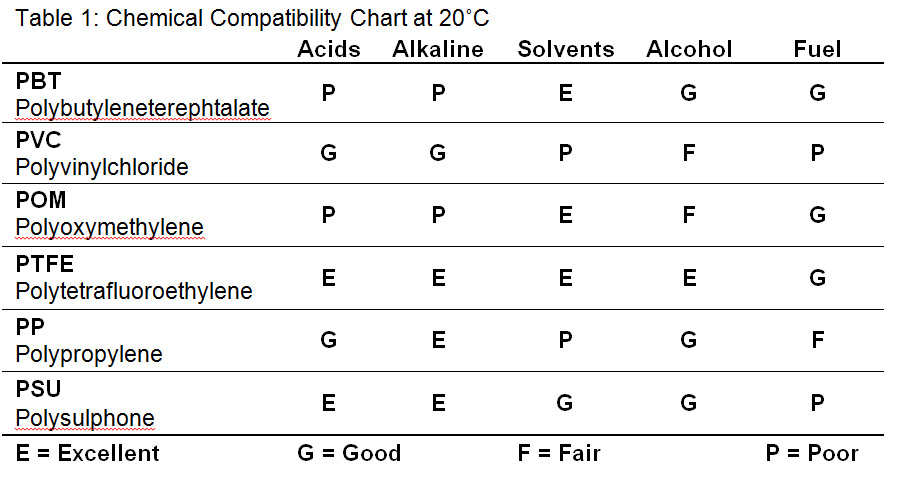 The preferred approach is indirectly mounting the capacitive sensor flush against the non-metallic wall to detect the target material non-invasively through the container wall.  The advantages for this approach are obvious and represent a major influence to specify capacitive sensors.  The container wall does not have to be penetrated, which leaves the level sensor flexible and interchangeable in the application.  Avoiding direct contact with the target material also reduces the chances of product contamination, leaks, and other sources of risk to personnel and the environment.

The target material also has relevance in the sensor selection process.  Medical and semiconductor applications involve mostly water-based reagents, process fluids, acids, as well as different bodily fluids.  Fortunately, high conductivity levels and therefore high relative dielectric constants are common characteristics among all these liquids.  This is why the primary advantages of capacitive sensors lies in non-invasive liquid level detection, namely by creating a large measurement delta between the low dielectric container walls and the target material with high dielectric properties.

At the same time, highly conductivity liquids could impose a threat to the application.  This is because smaller physical amounts of material have a larger impact on the capacitive sensor with increasing conductivity values, increasing the risk of false triggering on foam or adherence to the inside or outside wall.  SMARTLEVEL sensors offered by Balluff will ignore foaming, filming and material build-up in these applications.

Learn more about Balluff’s capacitive solutions on our website at www.balluff.us.