What’s the difference and why should anyone care? If you’re confused by the terms PNP and NPN, then hopefully this post will shed some light on the differences between the two.  In the context of this post, they refer to the construction of a sensor’s transistor and whether it has a p-type or n-type semiconductor.

When it comes to wiring a sensor, you can think of the “N” as standing for “Negative” and the “P” as standing for “Positive”. With respect to sensors, an NPN device is one that can switch the negative side of the circuit while a PNP device switches the positive side. 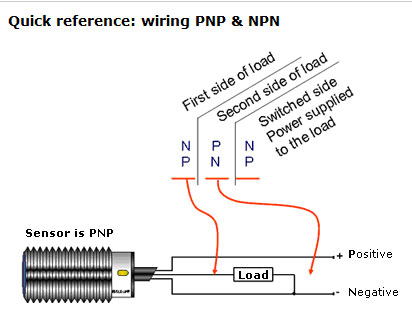 The next question to ask is, what direction do you want the current to flow? 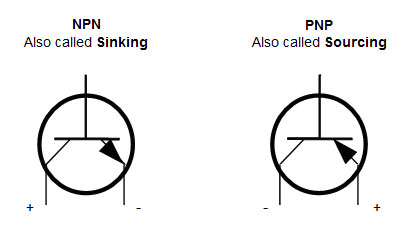 The term “load” identifies the device the sensor powers. The load could be a lamp, pneumatic valve, relay or PLC input. 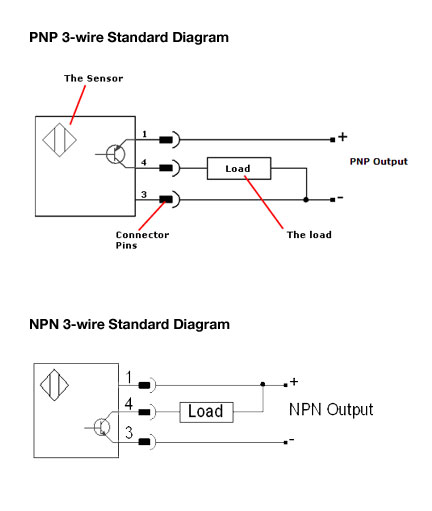 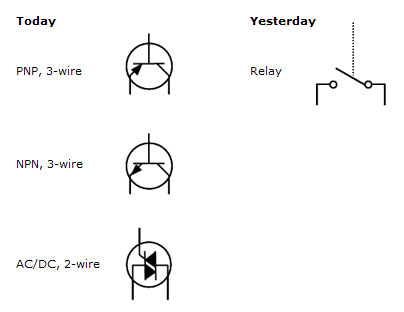 The drawing below shows 2 wires for sensor power and 2 for the switch. Most sensors use only 3 wires by having one wire do double duty, carrying both power and output signals. This is similar to a bathroom with only one line carrying water to both the sink and toilet as opposed to individual lines for each. Solid-state discrete sensors functions similar to a switch, but current only flows in one direction. Solid-state devices are reliable, economical, small and fast. The only drawback is, that you have to know the direction of current flow. NPN and PNP are technical terms for the type of transistor used to switch the output. The type of transistor determines the direction of current flow. 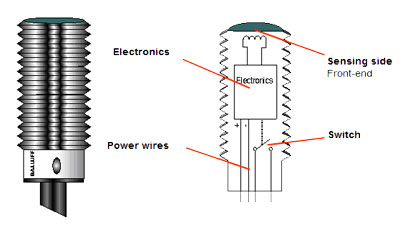 For additional information about NPN-PNP devices, connections, and working with PLC’s check out the following from the Industrial Electrical and Maintenance forum.

36 Replies to “Industrial Sensing Fundamentals – Back to the Basics: NPN vs PNP”